Confessions of a Media Mafia Hitman…

THE AMERICAN ENTROPY TRILOGY  1900 – 2024
A Long Day’s Journey into Light: A Cautionary Parable in III ACTS.
From the Great Depression through the turbulent 60’s at Berkeley, the 2008 Great Recession to the 2024 national election, comes a raucous saga of corporate conspiracy, intrigue, greed and…murder over three sequential novels:
AMERICAN AMNESIA 1900 – 2000
AMERICAN ALGORITHM 2000 -2004
AMERICAN ANARCHY 2008 – 2024
Michaelangelo Kozlov, Koz, a self-satisfied plutocrat and successful “media hitman”— for the Media Mafia, a contract assassin…of character—is livin’ large, when his idyllic lifestyle is shattered by a putative attack by Islamic terrorists a month after 9/11 provoking a painfully honest re-examination of his callow core values.
A cautionary, yet sometimes playful parable of the 6th Mass Extinction from Climate Change…unless…
Does the aging artist Mickey Kozlov, a once strident 60’s counterculture activist have the courage, conviction and guile to again oppose, by any means necessary, the canons and ruthless plutocrats of the same mighty machina ex corporati that made him very rich?
Based on a true incident —the horrific 1999 petroleum pipeline explosion in Bellingham, Washington that claimed three innocent, young unfinished lives and inflicted mayhem on a pristine environment.
Certain liberties were taken with the facts, including causation and dates for literary and dramatic purposes.
With the exception of notable historical figures, all the characters are fictitious–any resemblance to the bad guys, living or dead, is purely coincidental…unless it ain’t. The main protagonist Michaelangelo Kozlov bears more than a casual resemblance to the author…insofar as the similitude and abundance of disturbing foibles and irritating eccentricities

novels
by
michael a kominsky 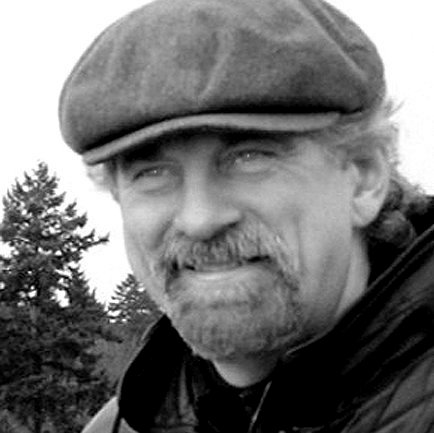 Thanks for taking the time to read thus far—hope that you enjoy the read.  I’d very much like to hear from you…

This painting, “Fragile Status Quo,” which was completed several days after the explosion of June 1999 Olympic Petroleum Pipeline in Bellingham Washington, less than a mile from my home. It is an elegy; an expression of my personal grief for the innocent, three unfinished lives lost, and the mayhem inflicted on a beautiful, very special place. 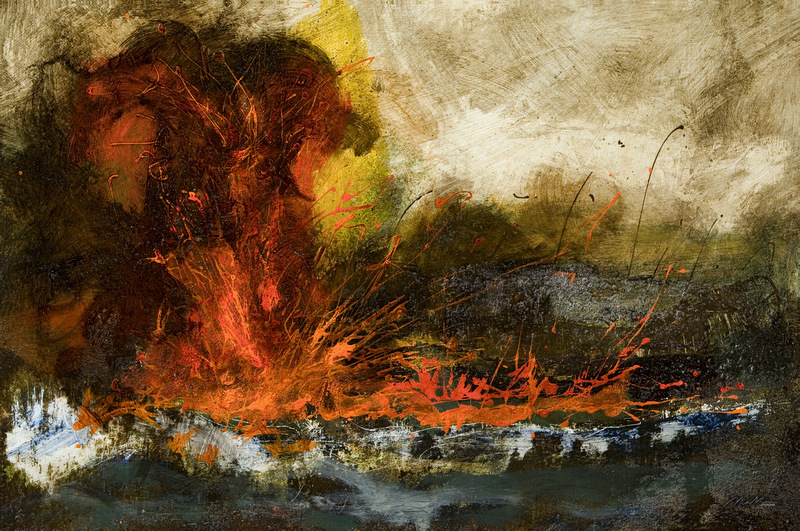